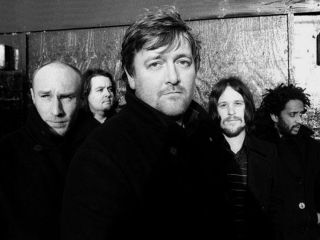 Can their new effort pick up as many accolades as their last?

Elbow have announced details of a new album, titled Build A Rocket Boys!, to be released 7 March 2011.

The band's previous full-length, The Seldom Seen Kid, picked up the 2008 Mercury Prize and saw the five-piece gain near unanimous praise from the music press. As with that album, the new record has been produced by the band's keyboard player Craig Potter. Check the tracklisting below.

In the announcement on their official site, Elbow also instruct fans to "stay tuned for a special surprise on Boxing Day". Going out-on-a-limb, we're guessing that this means we won't have to wait too long to hear at least one of the new tracks.