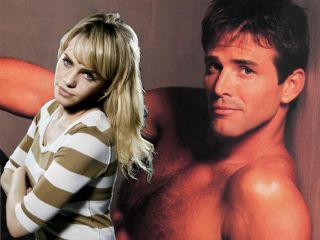 Probably not the next Diet Coke ad

Welsh songstress Duffy has signed-up for a multi-million pound advertising campaign for Diet Coke. She'll appear as a "strong and sassy" femme fatale in a series of TV ads.

Apparently the chart-topping singer appreciates the "attitude" of previous Diet Coke ads, adding: "I drink so much of the stuff, they were either going to give me shares in the company or put me in the advert."

Perhaps when Jack White has finished with another one of Britain's top female talents, Adele, he could attempt some sort of Coca-Cola/Diet Coke love-in with Duffy?