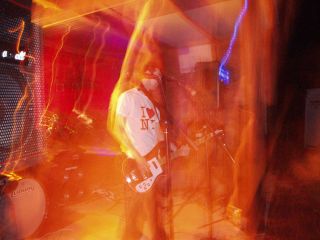 Road-testing your songs can breathe new life into them.

While the music industry as a whole is currently perceived to be in crisis, one sector that does seem to be thriving is the live market. It´s hardly surprising, really: gigs provide a source of much needed revenue for artists, and fans know that a mobile-phone-filmed YouTube clip is no substitute for the experience of standing in front of a stage.

But while performing live continues to make a good deal of economic sense, what interests me is the creative aspect of doing it. These days, what music I make is crafted in my home studio (by which I mean a laptop perched on the corner of a dining table), but if you want to give new material a thorough workout, nothing beats playing with other people, and preferably in front of a decent crowd.

When you´re making music in a room on your own, it´s easy to get locked into a creative furrow. You might end up with a track that you´re reasonably happy with, but without the random element of other musicians, there´s a good chance that you´ll simply come up with an idea and then take it to what you see as its natural conclusion.

If, on the other hand, you´re making music in a group, ideas can - and frequently do - spin off in different directions. You often come to realise that the first version of the song wasn´t actually the best, or end up with something that sounds completely different to what you originally had in mind.

This is why I enjoy live albums. OK, there are some duffers out there, but there are many cases in which the live versions of songs surpass their studio originals. This stands to reason: when a band plays their material repeatedly, it´s almost inevitable that they´ll come up with ways to improve it.

Rather than being separate from it, I´d say that live performance should be an intrinsic part of the recording process. Give yourself and others a chance to live with your music before you commit it to tape or hard disk, and there´s a good chance that it´ll end up sounding better than it otherwise would.