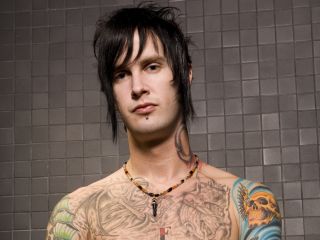 Avenged Sevenfold drummer Jimmy 'The Rev' Sullivan was found dead at his home in Huntington Beach, California, yesterday (28 December). He was 28.

Preliminary police reports indicate that Sullivan died of natural causes, but the Orange County Coroner's Office is investigating his death, and an autopsy is planned.

Sullivan helped found Avenged Sevenfold in 1999. The band paid tribute to their fallen drummer on their website:

"Jimmy was not only one of the world's best drummers, but more importantly he was our best friend and brother. Our thoughts and prayers go out to Jimmy's family and we hope that you will respect their privacy during this difficult time. Jimmy you are forever in our hearts."

Avenged Sevenfold, who reached Number Four on the Billboard Top 200 with their 2007 self-titled fourth album, have been in the process of recording a new record.