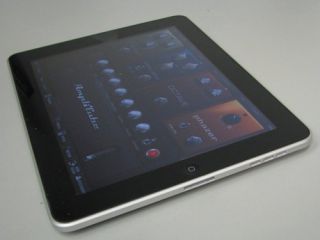 IK Multimedia has posted a photo of AmpliTube running on an iPad on its FaceBook page.

This appears under the headline 'new product coming soon', so we have to assume that it's more than just an up-scaled version of the AmpliTube for iPhone software that forms part of IK's new iRig package. Whether it'll be a full port of AmpliTube 3 or something different, though, remains to be seen.

Presumably, some kind of AmpliTube audio interface will also be released for the iPad; at this stage, it's not clear if this will be the same as the iRig hardware or something slightly different. We'll bring you more news as we get it.