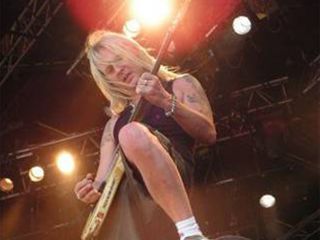 After a long hiatus, Alice In Chains are at work on the follow-up to their third self-titled album, which was released back in 1995. According to guitarist Jerry Cantrell, the band hopes to have the all-new studio effort - AIC's first with singer William DuVall - out by the end of 2008.

DuVall joined Alice In Chains in 2006, replacing original lead singer Layne Staley, who died of substance abuse-related causes in 2006. Rising to international fame as part of the grunge movement of the early 1990s, along with bands such as Nirvana, Pearl Jam and Soundgarden, Alice In Chains has sold over 14 million albums worldwide.