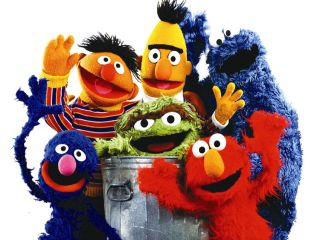 It's been an astonishing 40 years since classic children's TV show Sesame Street debuted in 1969, and the Muppet characters are still flapping strong.

While the show has won hundreds of awards for its educational content and Jim Henson's amazing characters, the show's musical heritage is the jewel in its crown. Indeed, a character from Sesame Street is (and probably always will be) the only puppet ever to appear before the US Congress when in April 2002, Elmo testified in urging support for increased funding in music education. Go Elmo!

However what really gets music fans talking are the countless musical guest stars who've appeared on the show over its 40 year history. From Ray Charles to Kiss's Paul Stanley (really), you can find pretty much every one of them on YouTube but to celebrate the anniversary, we've chosen 11 of our favourites.

Oh, and make sure you read to the end for a special drumming guest star from another show.

Here are just 11 of MusicRadar's favourites…

"1,2,3,4…" A cute re-write of the indie princess's iPod tracking hit but more importantly - don't those chickens look like ZZ Top?

Simon plays Me And Julio Down By The Schoolyard… in a fake schoolyard. There's probably something deep to say about that.

Smokey Robinson is a legend. But what the f*** is he singing? And as for that sweater…

100% cute. And we don't mean Michelle, Kelly and Beyonce.

Dope, fresh, fly…an' all that. Animals "hip-hoppin' on the wall" we like. Watch here!

Billy, Oscar and a signer. "This really made me angry", says the Grouch. He's correct.

Most REM fans hate Shiny Happy People but (whisper it) Shiny Happy Monsters is impossible not to love. And yes, guitarist Peter Buck is officially The World's Most Uncomfortable Man.

The Radar office says this is the best thing James Blunt has ever done. Finish that sentence for yourself.

No Muppets featured or required - just Lil' Stevie at his sublime best.

Nasty Dan sung by 'Johnny Trash' to Oscar the Grouch in a garbage can. "You're like me / Rotten as can be". Poetry.

Buddy Rich vs Animal
This might not be from Sesame Street - it's from The Muppet Show - but we have to share, as it's a slam-dunk of double-drumming genius.

Liked this? Now read: 10 best acoustic guitars under £300 and The best music-making apps on the iPhone