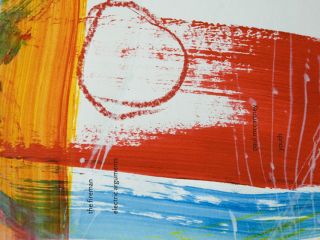 The Fireman is not his only other name...

Think you know a lot about music trivia? So did we, until MusicRadar started researching its New Year trivia blowout where you'll find more useless (and some useful!) musical facts than you thought ever existed.

Today we have facts 76-101, where you'll find out what David Bowie has tattooed on his ankle, the various pseudonyms used by Paul McCartney, whose favourite tipple is called Nuclear Waste, and which martial arts film star claims to have jammed with John Lennon. Hmm...

There are no prizes. Just the warm glow that you know more weird music facts than your friends. Enjoy!

Terry Chimes: good for all your punk rock back pain

76. The Clash's original sticksman Terry Chimes was cured of 'serious arm pain' in 1985 by Black Sabbath's personal chiropractor. After touring with Sabbath in 1987/88, the drummer set up Chimes Chiropractic and has over 30,000 patients on file. They also do acupuncture.

77. David Bowie has a lizard tattooed on his ankle.

78. The oldest artist to top the UK singles chart was Louis Armstrong (aged 66 years and 10 month) in 1968 with What A Wonderful World.

79. So-called 'gut strings' for acoustic Spanish guitars were originally made from the small intestines of slaughtered sheep. The production material only changed - to nylon - during World War II, when all available gut was used in the production of surgical thread for wounded soldiers. Eww!

80. Led Zeppelin didn't release singles during their heyday in the UK, and the b-side to the US release of Immigrant Song - Hey Hey What Can I Do? - was the band's only non-album release.

81. Pink Floyd performed under various monikers in their early years, including Tea Set, Sigma 6, The Screaming Abdabs and Leonard's Lodgers (after their landlord Mike Leonard - unconnected with MusicRadar Editor of the same name).

82. Johnny Cash's estate was approached by an advertising company asking for permission to use Ring Of Fire on an ad for haemorrhoid cream. The request was refused.

83. The longest-held recorded instance of the word "c*nt" appears in Oceansize's Sleeping Dogs And Dead Lions. Incredibly, Oceansize are not a death metal band.

85. Monaco's orchestra is bigger than its army.

86. Prog rockers Emerson Lake And Palmer knew how to tour. In 1977, they had 63 roadies, including a karate instructor for drummer Carl Palmer and the band's own doctor. It's rumoured they also had a 'carpet roadie', whose job was to transport and sweep the Persian rug that Greg Lake stood on during the shows. A 70 piece orchestra joined that lot.

Axl Rose: will smoke for food

87. Axl Rose used to earn $8 an hour for smoking cigarettes, for a science experiment at California's UCLA.

88. Prince played 27 different instruments on his debut album For You.

89. In an official PR biography, Martial arts actor Steven Segal once claimed to have played guitar with John Lennon. Why? How? When? Further details from Segal are 'sketchy'.

91. A concert promoter in Hawaii once sold a thousand tickets to a Spice Girls concert. However, the concert never existed. When arrested, the man told police he needed the money for a nose job and a sex change. That's a damn ambitious excuse, whatever else you think.

Queen Elizabeth II photographed by Bryan Adams. Is there no beginning to his talents, etc?

93. In 1996, Ringo Starr appeared in a Japanese advertisement for apple sauce, which is what "Ringo" means in Japanese.

94. When The Offspring's early drummer James Lilja left the band, he retrained as a gynaecologist. A kinda suitable career swap, maybe?

95. Pete Townshend has smashed more than 90 guitars in his Who career, including at least 23 Fender Stratocasters, 12 Gibson Les Pauls and 21 Gibson SGs.

96. The Beastie Boys is an acronym for Boys Entering Anarchistic Stages Towards Internal Excellence. Well, that's what Mike D says.

Trisha Yearwood - has not covered Sex On Fire just yet

98. Creaky goth rocker Alice Cooper has a golf handicap of only three. Which is pretty good.

99. The Strokes' Albert Hammond Jr plans to release his own line of men's suits, which he will co-design along with stylist Ilaria Urbinati.

Or is it? Because you surely know some more...?