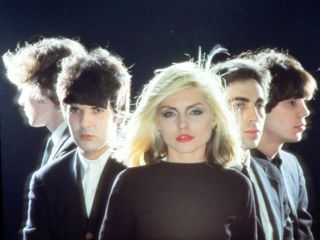 Guess what Blondie have in common with Adolf Hitler?

Think you know a lot about music trivia? So did we, until MusicRadar started researching its New Year trivia blowout where you'll find more useless (and some useful!) musical facts than you thought ever existed.

Today we have facts 51-75, where you'll learn why Martin made only 404 of John Mayer's signature OM-28 acoustic, the name of Fred Durst's pet dog, the first band to play behind what was once called the Iron Curtain and much more really fascinating stuff. Really.

There are no prizes. Just the warm glow that you know more weird facts than your friends. Enjoy!

52. The intro to Eddie Floyd's Knock On Wood is the same as the intro to In The Midnight Hour, but the chord progression is played backwards. Both songs were co-written by guitarist Steve Cropper. Economical work, Mr Cropper!

53. Oasis's Noel Gallagher and Status Quo's Francis Rossi share a birthday: 29 May. The creative forces of guitar boogie are strong on that day, obviously.

54. The drum machine part on the recording of New Order's Blue Monday - acknowledged as the best-selling 12-inch single of all time - had to be reprogrammed after the original was lost when the power lead was knocked out. The band have said that the first beat was better.

Bootsy Collins - his bass doubles as a Christmas tree

55. Funk bass legend Bootsy Colllins famously appears in the video for Deee-Lite's dance anthem Groove Is In The Heart, but he contributes only additional vocals. The bassline is actually sampled from Herbie Hancock's Bring Down The Birds.

56. Martin's OM-28 John Mayer signature acoustic was limited to a production run of 404. Why, you ask? It's the area code of his Atlanta hometown.

57. Stevie Wonder partially lost his sense of smell in a 1973 car crash.

58. Snow Patrol were originally called Polar Bear. They changed their name in 1995.

59. Michael Jackson is said to have spent three weeks working on the bassline for Billie Jean.

60. David Gilmour recorded the last two Pink Floyd albums on his Surrey, UK, houseboat studio, the Astoria. The boat can accommodate a 90-piece orchestra on the top deck and was built by Fred Karno: 'inventor' of the custard-pie-in-the-face gag and manager of Charlie Chaplin.

61. Lemmy of Motorhead's first band were called The Rockin' Vickers. They were the first British band to play behind the so-called 'Iron Curtain' when they visited Yugoslavia in 1965.

62. Arab Strap's third album is called Elephant Shoe. Elephant Shoe is a phrase mumbled by nervous teenagers who don't want to say "I love you" to girls. Say it out loud and you'll see it makes the same mouth shapes. Clever huh?

63. Orville Gibson, founder of The Gibson Guitar Corporation in Kalamazoo, Michigan in the late 1890s, only registered one design patent. It was for the first archtop mandolins he made.

64. At Woodstock, Neil Young skipped most of Crosby, Stills and Nash's acoustic set (the exceptions being Young's own Mr Soul and Wonderin') but he did play their electric set. You can hear Young's Sea Of Madness on the Woodstock LP but it wasn't actually filmed there - it was recorded a month later at the Fillmore East.

65. REM play It's The End Of The World As We Know It (And I Feel Fine) in The Simpsons episode Homer The Moe. If you want to sing along, Homer sings "Leonid whats-his-name/Herman Munster Motorcade/Birthday party/Cheetos/Pogo sticks and lemonade/You symbiotic stupid jerk/That's right, Flanders/I am talking about you!"

66. Island Records was founded in Jamaica in 1959 by Chris Blackwell and Graeme Goodall. The label was named after 1955 Alec Waugh novel, Island In The Sun (later a hit song for Harry Belafonte). The company moved to the UK in May 1962 and, until Blackwell sold the label to PolyGram in 1989, was the largest indie record label in history.

67. Founded in 1962 in Japan by Tsutomu Kato and Tadashi Osanai, Korg was originally known as Keio Electronic Laboratories because its fledgling offices were located near the Keio train line in Tokyo and Keio can be formed by combining the first letters of Kato and Osanai.

68. Elvis Presley's house Graceland was named after original owner SE Toof's daughter, Grace. It is the second most visited private residence in the United States outside the White House.

69. When Liverpool FC fan John Peel married his girlfriend Sheila 'The Pig' Gilhooly in August 1974, they walked down the aisle to You'll Never Walk Alone with Peel dressed in Liverpool red. Their sheepdog Woggle served as bridesmaid.

70. Richard David James (Aphex Twin) was born in Limerick, Ireland, before his family relocated to Lanner, Cornwall, England. His first two DJ residencies as a teenager were at The Shire Horse in St Ives and The Bowgie Inn in Crantock (with Tom Middleton). He now records under several aliases.

The humble harmonica. Do you own one?

72. According to all-known recorded sales data, the harmonica is the world's best-selling musical instrument.

Blondie - could have been called Hitler's Dog?

73. Angel And The Snake's Debbie Harry renamed her band Blondie for two reasons. The first is builders wolf-whistling "Hey, Blondie!" at her. The second is they were named after Hitler's German Shepherd, Blondi. The band allegedly toured as Hitler's Dog but still play as Blondie to this day. Blondi wasn't so lucky - she joined Hitler in the bunker and was given a dose of cyanide just before 'The Führer' committed suicide.