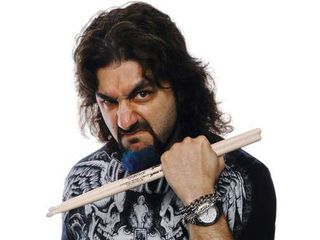 The stick is mightier than the sword

And if you´ve ever stumbled on a tribute act that actually rocks, chances are Portnoy was at the helm - Yellow Matter Custard (The Beatles), Hammer Of The Gods (Led Zeppelin), Cygnus And His Sea Monsters (Rush) and Amazing Journey (The Who), are some of his finest and all worth looking into.

Mike Portnoy is never too shy to share his drumming secrets either - check out our video tutorial of Mike warming up alongside Trivium´s Travis Smith.

We´re interviewing Mike next week and, as always, we´re giving you the chance to ask the questions. Simply add one to the comments below (you´ll need to be registered and logged in to do this), we´ll pick the best and ask them during the interview.

Big thanks for the great response for John 5 questions, we´ll be wrapping that one up this week.