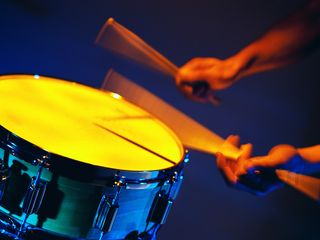 UPDATE: The results are in! Click here to read our run-down of the 20 greatest drummers of the last 25 years and see who topped the poll.

This year marks Rhythm's 25th anniversary as the UK's best-selling drum magazine, and it's celebrating in style.

Not only is it putting together a very special 25th anniversary issue, but it also wants to get you involved by helping it decide exactly who is the greatest drummer of the last 25 years.

After taking your suggestions on the Rhythm Twitter and Facebook pages over the last week there's now a shortlist of 20 players to face your votes. Which drummer has had the most impact on the drum world? Who has contributed the most to music? Who has encouraged more budding drummers to pick up sticks? It's time for you to decide.

To cast your vote simply cast your eyes to the right of this page, click the button next to the person you want to win, then the Vote button below the list of names. Which drummer defines the last quarter of a century? Over to you!