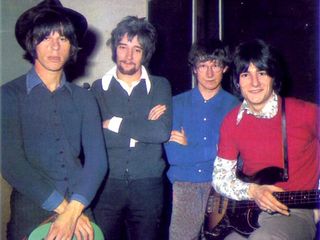 British drummer Mickey Waller has died from liver failure aged 66. Waller was a much in demand session musician during the 1960s and toured and recorded with many of that era´s seminal bands including Jimi Hendrix, Chuck Berry, John Mayall´s Bluesbreakers and the Jeff Beck Group alongside Rod Stewart and Ronnie Wood.

Waller also became a regular fixture on many of Rod Stewart´s solo recordings including 1971´s Every Picture Tells A Story, the album which included Maggie May.