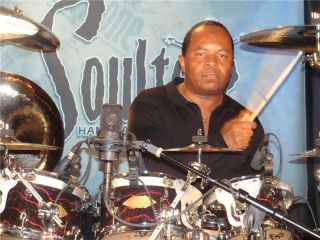 The handmade custom Turkish cymbals offer features never before seen or heard in the industry.

Moffett has more than 30 years of performances with Jackson in addition to many musical legends that include Madonna, Diana Ross, Elton John, Stevie Wonder and other hit makers.

"We made the decision to hold the release of this wonderful new products together with Jonathan," stated Iki Levy, founder and president of Soultone Cymbals. "We are very close to all of our artists and, with respect for everyone grieving on so many levels, feel very proud to stand with Jonathan during this very personal time."

In fact, the M-Series cymbals were on stage during the televised memorial to Michael Jackson and seen by more than 1 billion people around the world. After Moffett received an overwhelming amount of inquiries with regard to his performance products, he felt that it was time to go ahead with the product announcement.

"I want to proceed, respectfully, as Michael would have insisted," reports Moffett. "When we started planning the shows, I was already looking for 'that sound' with the right feel - and only Soultone Cymbals have it."

Moffett, who has already worked with many manufacturers during his career, was never completely satisfied with the so-called 'major brand' cymbals. Moffett continues, "After trying every brand out there to get what I really wanted, only Iki (Levy) delivered on every aspect of what I was really into. They really treat every drummer like family."

The new Jonathan Moffett Signature Series, also known as M-Series cymbals, will continue the company's tradition of excellence, unmatched quality, and style. Developed over more than eighteen months by Moffett and Levy, the M-Series cymbals have a specific design that combines state-of-the-art elements with the finest original Turkish craftsmanship to produce Soultone Cymbals' latest signature sound.