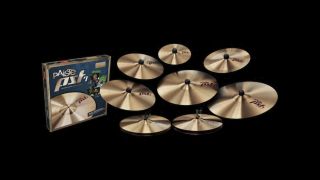 Including the all-new PST7 range

MUSIKMESSE 2014: Paiste has announced the launch of its new PST5 and PST7 cymbals.

The redesigned PST5 cymbals are lighter resulting in a deeper, warmer sound while preserving its bright basic character.

PST7's base is CuSn8 bronze which stems from the legendary 2002 series. The cymbals are lathed by Paiste's Swiss hand craftsmen to achieve their distinctive traditional finish.

For more information head over to paiste.com.