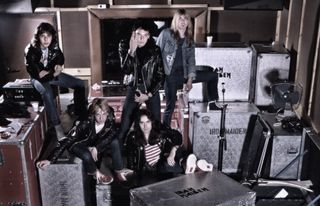 Rhythm is saddened to report the passing of Clive Burr.

Burr had been suffering with Multiple Sclerosis.

His former bandmates have been quick to pay tribute, with Iron Maiden's Steve Harris saying: "Clive was a very old friend of all of us. He was a wonderful person and an amazing drummer who made a valuable contribution to Maiden in the early days when we were starting out."

Frontman Bruce Dickinson added: "He was a great guy and a man who really lived his life to the full. Even during the darkest days of his M.S., Clive never lost his sense of humour or irreverence. This is a terribly sad day and all our thoughts are with Mimi and the family."

Our thoughts go out to Clive's family, friends and former bandmates.