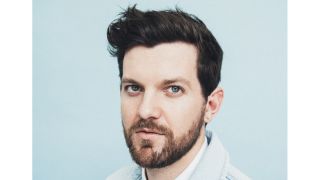 American DJ/producer Dillon Francis is returning to his Latin and Moombahton roots this year, as he prepares to release a Spanish language album. The second single from the as-yet-untitled record, We The Funk (feat Fuego) has racked up millons of Spotify streams over the past few weeks, and he’s hitting the UK on 7 April with a headline show at Ministry of Sound.

With plenty of experience in his pocket and his career set to hit new heights this year, we asked Dillon to tell us 5 things that every DJ should know.

1. Your sleep schedule will suck

“Changing time zones daily really messes with your sleep schedule. I’ll be in LA one day, then India the next, and then Mexico. I like to try to stay on one time zone while travelling, which sometimes means staying up all night.”

2. Your computer will be filled with only music nothing else

“I really don’t have space for anything else, so I got a second computer (which happens to have a ton of music on it too).”

3. Your back will hurt

“No, but really it will. I feel like an old man sometimes.”

4. You will go to some amazing places but only be there for less than 24 hours

“I’ve been lucky enough to see so much of the world. It’s been amazing, but sometimes I wish I could really see more of the places I’m playing shows at.”

5. You’ll complain about all this stuff but, in actuality, you will know you are super blessed to be doing this as your job

“And I wouldn’t have it any other way. I love what I do - making music and playing shows around the world for so many fans is the best feeling. I love all of you.”