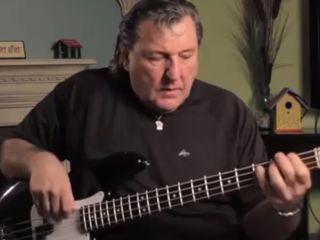 Legendary bassist Bob Babbitt, who as a member of famed Motown studio crew known as The Funk Brothers played on hits by Stevie Wonder, Marvin Gaye, The Jackson 5, Smokey Robinson & The Miracles and dozens more, died Monday (16 July) in Nashville after suffering complications from brain cancer.

Born in Pittsburgh, Pennsylvania on 26 November 1937, Babbitt moved to Detroit, where he began playing bass in the late 1950s. After a brief stint in Stevie Wonder's band in 1966, a year later he accepted an invitation to join the Motown studio ensemble called The Funk Brothers. (The group also included renowned bassist James Jamerson; Babbitt and Jamerson traded duties on various sessions.)

During his five-year tenure in The Funk Brothers, Babbitt played on a impressive number of Motown classics. Stevie Wonder's Signed, Sealed, Delivered (I'm Yours), Marvin Gaye's Mercy Mercy Me (The Ecology), Smokey Robinson & The Miracles' Tears Of A Clown, Edwin Starr's War, The Temptations' Ball Of Confusion - just some of the hits that benefited from Babbitt's robust, hooky and funky lines.

After leaving Motown, Babbitt performed with a diverse array of artists, including Jim Croce, Bette Midler, Frank Sinatra and Gladys Knight & The Pips. In 2009, he recorded with Phil Collins on the singer's Going Back, a collection of '60s Motown and soul gems.

For the last 26 years, Babbitt lived in Nashville. He is survived by his wife, Ann, and their three children, Carolyn, Joseph and Karen.

In 2010, MusicRadar recognized Babbitt's immense talents by ranking him number 11 in our list of 30 amazing unsung bassists.