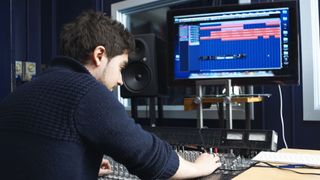 Arrangement is one of the trickiest aspects of music production to get right.

Abandoning the comfort of the eight-bar loop to strike out into the untamed wilds of the full track can be a daunting prospect; and even if you already have your basic track layout established, turning it into an energetic, dynamic arrangement is rarely as straightforward as it feels like it should be.

Here, then, are 11 pointers to help you get your tracks laid out and finished.

Anyone making dance music will be all too aware that club-destined tracks need DJ-friendly intros. These usually consist of a minute or so of drums, giving the DJ enough rhythmic material to mix from each track into the next… but what if your track would better suit an ambient, beatless intro?

Don't fret - today's digital DJ has more than enough flexibility to be able to handle such sonic variants, with looping techniques, auto-sync functions and effects all on hand to help, so feel free to break the mould now and again. You can even create an extra version with a 'mixable' intro just for lazy DJs!

You can turn your eight-bar idea into a full track by incorporating the 'subtractive arrangement' method: first, copy and paste all the parts across the timeline for the length of time you want your track to last.

Next, mute channels or regions, stripping the parts back to craft a worthy intro. Now play the track through, unmuting various elements to build up a spontaneous structure as you go.

Be warned, though - this approach only works if your initial sketch contains enough material to stretch out into a full track.

How well do you know your DAW's shortcuts? Cut, Copy, Paste and Duplicate are commonly known, sure, but it's worth learning more detailed commands for real-time rendering, navigating, zooming and more. Make these shortcuts second nature and you'll soon see your productivity improve.

The notion of plagiarising another track's layout may horrify the purist, but the fact is that no one will ever know! Find a track with an arrangement you like, import it into your DAW, then mark out its structure across the timeline.

Once you've plotted this 'road map', delete the track and get to work arranging your own parts following the new template. We won't tell if you don't!

Many of us begin a track at the very first bar of the timeline, extending parts to the right to form the arrangement. An alternative way to approach things is by using the timeline's first 16-, 32- or 64-bars as a 'sketchpad' to try out ideas for potential drops, switches, breakdowns and build-ups.

This helps you move smoothly between the eight-bar loop stage and actually laying out the track, getting different sections flowing together before you begin the proper arrangement. Some DAWs even include non-linear 'sketching' areas for the same purpose, but these features can keep you mentally trapped in 'sketch mode'.

Getting to work on the arrange page straight away keeps you focused on getting things laid out and done.

The age-old debate goes on: should you separate the composition and arrangement process from the mixing phase, or is it best to mix a track as you go along? It entirely depends how you like to work, of course.

The advantage of the first approach is that you mentally separate the creative process from the more analytical mix stage, enabling you to tap into the relevant area of your brain without distraction.

The advantage of the second option is that you're not spending time arranging a song that sounds weak compared to commercial tracks, thus keeping yourself motivated.

We all hate those moments when you've laid out a great track structure, only to realise that the chorus needs extending or shortening by eight bars. Highlighting all your regions and moving them over is highly fiddly, but luckily most DAWs feature variants on the 'insert silence' and 'delete time' commands.

These are self-explanatory: set your loop markers around the area you want to extend or shorten, then use the relevant command to either create a gap of silence or delete everything at that point.

Knowing when to end the idea-sketching phase and venture into the arrangement process is a skill in itself. Start laying out a structure without enough elements to carry the arrangement through and you'll run out of steam.

Spend too long piling on the parts and you'll end up with an aimless mess of ideas that's too busy to be moved forward. The best solution we can give to this issue can be condensed into one word: practice.

Next time you're stuck for a new arrangement idea, try slapping a filter or stutter plugin on your master bus. High-pass filters and high shelf cuts are great for generating off-the-cuff breakdowns, while stutter and glitch effects can spit out unique build-up or fill sections.

These plugins might inspire something interesting and unexpected that you can incorporate directly, bounce out as audio and throw into the mix, or perhaps give rise a more detailed edit or idea.

The majority of 4/4 electronic tracks conform to a rigid eight- or 16-bar structure, which - let's face it - can get tiresome. If your arrangement is getting stale, it might be time to take advantage of the oldest of clichés, and throw the listener something completely unexpected.

Try inserting an additional one-, two- or four-bar gap just before major transitions or events, when you know that the audience will be expecting it to drop in the usual place. One important consideration, though: keep these pauses away from the very start or end of the track, as they'll knock the DJ's intro or outro out of place.

11. Listen as a listener

Once you've finished an arrangement, take a break to rest your ears, then export your track and listen to the file all the way through in your chosen media player (iTunes, VLC, Windows Media Player, etc) as you would with any other track. Does the song flow sufficiently well? Is the intro dragging on a bit? How well does each section segue into the next?

Listening to your own production as you would another commercial track removes the visual distraction of a DAW's timeline, placing you in the punter's seat. For added perspective, play your track in a playlist alongside others, and in a variety of listening environments.