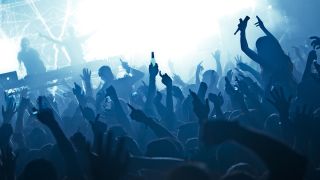 EDM as a genre is something of an umbrella term. Standing for ‘electronic dance music’, it encompasses house, trance, electro, dubstep, drum ’n’ bass, complextro and pretty much everything in between.

That makes it a huge genre to analyse as a whole, but from a theory standpoint, the most obvious common traits tend to be a general leaning towards minor chords and the heavy use of chromatic harmony - in other words, chords using notes that don’t belong to the scale of the key the song is in.

The biggest breakaway from the norm that’s accompanied the rise in EDM’s popularity is in the realms of song form. Intros and outros have been stripped down and extended to make tunes easier for DJs to mix in and out of, while traditional verse-chorus-bridge forms have been elbowed aside in favour of more dancefloor-friendly structures, with more abstract arrangements, builds and drops.

Most DAWs feature an arpeggiator of some description, generating rapid runs of notes from held-down chords. If you know what the chords are in your track, they’re a very useful way of adding a bit of sparkle to proceedings.

Here, we’ve got Logic’s Arpeggiator MIDI plugin playing an ascending/descending 32nd-note arpeggio over four octaves to announce the build-up to a drop. The chord we’re playing is a 2nd inversion of Ab9 (C-Eb-Ab-Bb).

The drop is the equivalent of the chorus in EDM parlance, and it’s the part of the track that delivers a maximum-impact resolution to the tension of the build that comes before it. For that reason, the drop tends to be musically minimal, based mainly on a single note or chord that digs in hard from the outset, allowing the listener to focus primarily on the energy of the beat and the bassline.

For maximum impact, there should be a degree of tonal contrast between the build and the drop, and this is often achieved by including fewer bass elements in the build. When it comes to chord changes, the fewer the better, to allow focus on ‘character’ sounds. We’ve added interest to this section by using fragments from a bunch of cut-up musical loops, all in the key of C minor.