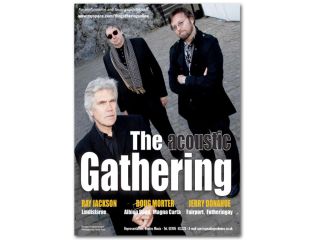 Check out the video above to see the trio performing Wake Up, Little Sister! For a taste of what to expect.

Tour dates for 2011 to promote The Gathering Britannia's debut album, The Bridge Between, have just been announced. Scroll down for confirmed stops, and keep an eye on the band's official MySpace page for updates and new tour additions.