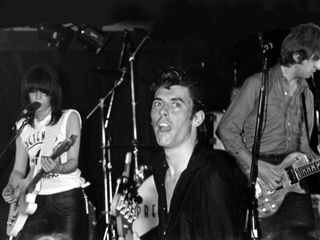 Used by: The Pretenders

The sus2 (and sus4) are so named because the 3rd in the chord is suspended (not used) in favour of the 2nd (or 4th). It's different to somewhat similar sounding add9 chords because in these the 3rd remains. Often used as a 'passing' chord (as in Here Comes The Sun by The Beatles) or, as in these songs below, as a tonality in its own right