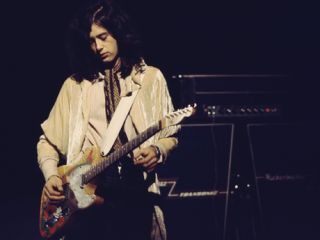 The m9/maj7 is simply a minor chord with added 9th and major 7th notes. Often found as the middle chord in a rundown, as in the legendary Zeppelin number, it's one of those chords that doesn't sit comfortably on its own.

The simpler version without the 9th can be spotted in: The Beatles' Michelle (Fm/maj7 as the intro's second chord). Low to high strings: X X X 9 9 8