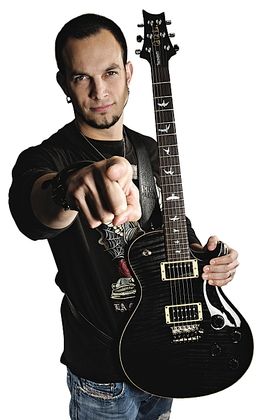 Roadrunner records have joined forces with Guitarist magazine to offer you the chance to meet Alter Bridge on their UK tour and play with the band during soundcheck.

The tour is in support of the band's new album AB III which has been awarded a rare five stars in issue 334 of Guitarist.

To be in with a chance of playing the Alter Bridge instrument and song of your choice onstage with the band visit the Roadrunner website and answer a simple question.

Winners will also receive a copy of the new album - hear AB III online in full here - and the chance to bring three friends with them to watch the moment of musical glory!