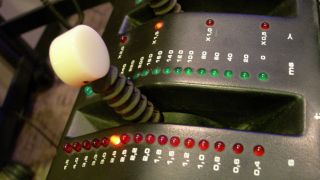 While natural room/hall ambience has always been a feature of recorded music, it wasn't until the invention of artificial reverb in the late '30s that recording engineers were given the ability to control and shape the sounds of the spaces in which their instruments were being placed.

The earliest artificial reverb effects were created by simply outputting recordings - made in acoustically deadened rooms - through a loudspeaker placed within a reverberant space, and capturing the resulting sound. Small rooms and chambers were the first vessels to be used to this end, but over the coming decades, imaginative equipment manufacturers such as EMT, Fender and Hammond came up with a range of more interesting, flexible and portable possibilities in the shape of spring and plate reverbs, both of which remain relevant today, albeit mostly emulated in digital form.

A plate reverb turns the input signal into vibrations that are transferred to a large metal plate, the sound of which is recorded by an attached pickup (or two for stereo models). The only point of adjustment on the plate is a damping pad used to control the reverb time; and having described plate reverb as 'portable' earlier, we should point out that the EMT 140 plate, for example, weighed in at over 250Kg - still easier to transport than a room, though!

Spring reverb essentially works in the same way as plate reverb, but in a much more compact form, with the transducer and pickup placed at either end of a spring mounted in a small box. Standard spring reverbs have traditionally been particularly popular with guitarists, due to the ease with which they could be built into guitar amps, and prior to the advent of digital reverb, springs were pretty much the only game in town for the budget-limited studio.

In 1976, EMT changed the music production landscape forever with the EMT 250 - the world's first digital reverb. Still highly sought after for its timeless sound, this lever-operated classic kickstarted a whole new paradigm in signal processing. And cost about $15,000.

Two years later, the Lexicon 224 packed in much of the same good stuff for around half the price and quickly became a studio staple. Indeed, Lexicon is probably still the first name that comes to mind when one thinks of high-end hardware reverb units, although the likes of TC Electronic, Eventide and Yamaha shouldn't be far behind.

Digital reverbs actually create their virtual spaces using multiple feedback delay lines - so you'll often hear delay and reverb discussed as branches of the same process. The dense, fading tails of these delays coalesce to give the impression of sound waves bouncing off the walls of the space being emulated, with more feature-packed modules enabling independent adjustment of early and late reflections.

Today, of course, plugins are very much where all the action is taking place in cutting-edge reverb design, although they're still divided into the same two fundamental types they have been for the last 15 years: algorithmic and convolution. And not only do the likes of Audio Ease Altiverb, 2CAudio Aether and UVI SparkVerb give even the best hardware reverbs a run for their money in terms of sound quality and features, but they cost considerably less and can be racked up in as many simultaneous instances as your Mac or PC can handle. Welcome to the future!

For a complete guide to reverb, check out issue 206 of Computer Music magazine.