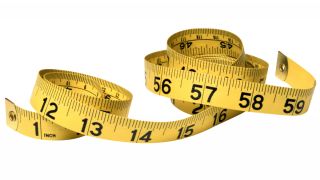 Take a walk on the wide side. (Image credit: 2/Siede Preis/Ocean/Corbis)

The width of a given element in a mix can often make or break its impact, so ensuring that your most important parts - be they vocals, synth hooks or anything else - can compete with other sounds is crucial.

Here, we'll look at ten tools and techniques that can be used to generate width from mono sources, or even enhance already-stereo sounds.

For much more stereo trickery, pick up issue 226 of Computer Music, which is on sale now.

These processors use DSP trickery to generate fake width from a centred mono source. The type of processing employed varies from plugin to plugin - some might use delay manipulation and short reverb effects, while others work their magic through comb filtering and pitchshifting techniques - meaning that each plugin will have a slightly different effect. With this in mind, it's worth trying out several different plugins to establish what best suits your source material. Don't forget to check SideWidener CM in Computer Music's CM Plugins collection.

These plugins move sounds left and right across the stereo panorama by a user-defined amount. Cranking up pan/mix amounts will overtly pan your signal from left to right and back again - good for sustained sounds and repetitive percussion parts - while reducing the intensity of the effect results in subtler, more under-the-radar auto-panning, for an improved sense of width. Some auto-panners feature audio or MIDI input, so you can use a trigger to restart the pan modulation and customise the movement to your track.

Stereo reverb is a classic effect for widening a narrow sound. It can be used as an 'obvious' effect to place a sound in an environment, in which case the width added is something of a by-product. Alternatively, you can use it more subtly, generating width but not changing the original sound, by pulling the decay time back to a short amount or isolating just the early reflections, so the reverb tail doesn't carry on after the sound has ended. This second technique works well on almost any sound, but is especially effective on percussive or rhythmic parts, where an obvious reverb tail would cloud the mix.

Usually associated with vocal and guitar recording, double tracking is one of the most popular techniques for achieving a wide, rich stereo effect. In its most basic form, it involves the recording of two separate takes of the same part, then hard panning to either side of the stereo field. The two takes, while sounding the same, are actually different signals, so not only will they sound super-wide, but they'll collapse very well to mono.

This technique can be taken in plenty of other directions, too: try hard panning two takes that are completely different in tone or timbre, or experimenting with multiple takes of the same sound, panning each differently around the stereo field.

Modulation effects like choruses, phasers and flangers use short delay and phase manipulation to create thickening, metallic comb filtering effects. Most can work in stereo, outputting different signals on their left and right channels to create impressive stereo movement and sweeps, and can thus be used to widen mono or central sounds.

It almost goes without saying, but a modulation effect will clearly change the source sound's timbre - ideal when you want a chorused pad or flanging drum loop, but not when you're looking for subtlety; try other width-generating techniques for more invisible stereo generation. Check modulation effects in mono, too, as some are more mono-compatible than others.

6. Delay and the Haas effect

Another common technique for generating stereo information is panning delayed copies of a source signal. The Haas effect involves panning a sound and its copy hard left and hard right before delaying one by up to 30ms; you don't hear two separate signals, but instead perceive one 'wider' sound coming at you from one side of the stereo field. It's mostly used for adding width without changing the original source's timbre, but at the expense of comb filtering when summed to mono. Try blending the two hard panned signals with a third mono, centre panned copy to achieve a good balance between width and mono compatibility.

A particularly bold widening effect can be introduced by hard panning two completely different sounds that play at the same time - for example, two hi-hat samples. This goes beyond regular double tracking, with the contrasting sounds exaggerating the effect but still remaining distinguishable to our ears.

A similar trick is to send a sound to a mono reverb return, then pan the two in opposite directions. Low-level reverb creates subtle width, while turning up the reverb will give a more obvious widening effect.

Creating differences between left and right channels doesn't have to be about timing - the classic microshifting effect uses pitch variations to achieve super-lush stereo goodness. To do it yourself, duplicate a signal twice, keeping the original in the centre and the two copies panned hard left and hard right. Now, slightly lower the pitch of the left signal and slightly raise that of the right (a few cents should do it). Alter the relative levels between the centred mono signal and the widened 'outer' copies to balance the effect, and blend the width to taste. You don't have to build it yourself, though - dedicated microshifting plugins are available, such as Eventide's UltraChannel and Soundtoys MicroShift.

10. Layering a mono sound with a stereo one

Sometimes, you'll be working with a core track element that has most of the characteristics required to fit in the mix but needs a little more sizzle, sparkle or width. If appropriate, it can help to layer in another, contrasting sound that features the characteristics missing from the first sound, which can add impressive width if it happens to be a stereo source.

Try layering a punchy mono snare with a loose stereo layer, for example, or program a thin, fizzy, wide synth patch to sit over a narrow lead sound. You'll likely need to use envelope manipulation to blend the layers together or prevent transients interfering, so experiment with envelope and/or fade settings to tailor the layers.