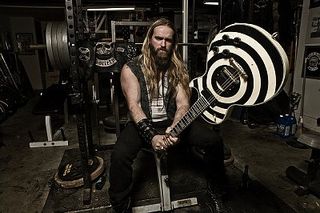 You might not know this, but heavy metal, as a genre, is well good at social networking. It's appropriate then, that Zakk Wylde has chosen to reveal his plans for a new album with the Black Label Society through his Twitter page.

The guitarist then proceeded to post a string of pictures of their recording studio, the 'Black Label Bunker', which you can view below. It's kind of like watching a poorly made MTV 'Cribs' where you have to do your own voice-over. Nevertheless, they're worth checking out, mainly just to ogle the sweet equipment that he has lying about the place.