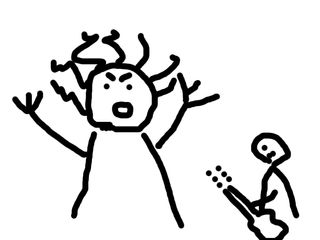 Anyone that had the fortune to pick up the guitar in their teens will have had the occasional run-in with a parent, but were yours ever worse than the mum in this video?

This anti-inspirational outburst comes courtesy of the mother of one Mike Ashton, a diligent, self-taught guitarist from San Francisco's Bay Area, who has a passion for music that his family seem to have failed to grasp.

Fair enough, brutal death metal has never been 'mum friendly', but Mike's band Logistic Slaughter, have got serious chops. Check out their demo on the Logistic Slaughter Facebook page and see more of Mike's videos on his YouTube page.