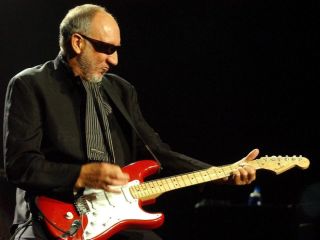 The Prince's Rock Gala returns to the Royal Albert Hall this year on 23 November and is due to feature a headline set by Pete Townshend.

The legendary Who guitarist will lead an eclectic line-up that includes squeaky clean indie band The Feeling, as well as the likes of Tim Minchin, Cerys Matthews, Imelda May, Julian Lennon, Midge Ure and, err, Chris De Burgh.

In a characteristically lengthy statement, Townshend told press: "I'm delighted to be able to play at this year's concert, nearly 30 years after I helped George Martin organise the very first Rock Gala in 1982 with Kate Bush, Robert Plant, Phil Collins and others… Those were exciting times.

"The next engagement for me was at a Prince's Trust concert in Hyde Park in 1996 when I presented the first full-length concert version of my rock-opera 'Quadrophenia'. This event led to The Who reforming after a long separation. Another exciting time for me.

"The Trust has helped so many young people I have met. It has done so in simple, direct and practical ways. The Trust's music events have always played a vital role in educating the public about what The Trust does for young people every day."