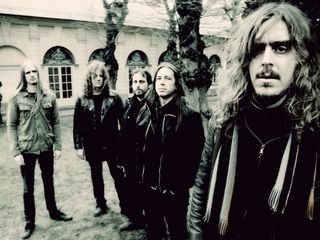 Progressive metallers Opeth will be hitting the UK for a string of tour dates in support of their new album 'Heritage' this November.

The Swedish prog titans will be play a run of six academy shows throughout England and Scotland, beginning with Bristol on 8 November and ending 13 November at London's prestigious Brixton Academy.

Opeth's tenth album 'Heritage' is due for release 19 September, it follows a three year wait after their last studio album 'Watershed' was released in May 2008.

Tickets are on sale now and are available from the venue box offices and www.livenation.co.uk.