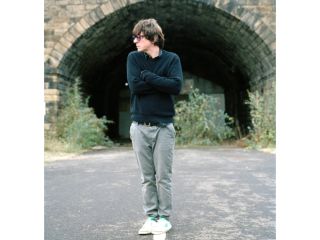 There's a new solo album on the way from Graham Coxon, 'A+E', on 2 April and in a cunning move of savvy promotional awareness he's giving away a new track, 'Truth'.

You can bag said savvy-promotional-awareness-track by heading to www.thisisfakediy.co.uk and supplying your email address. It's dark and kind of shoe-gazey and we like it.

The new record has been produced by Ben Hillier, who has previously produced albums by Blur, Elbow and The Horrrors, and is a noticeably moodier collection than his last album, 'The Spinning Tap'.

Check out the full track list and accompanying tour dates below and then when you're done with that have a peek at the recent Fender Graham Coxon Signature Telecaster.