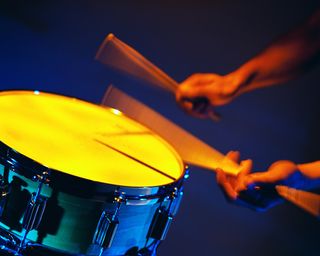 This year marks Rhythm's 25th anniversary as the UK's best-selling drum magazine, and we're celebrating in style. Not only are we putting together a very special 25th anniversary issue, we also want to get you involved by helping us decide exactly who is the greatest drummer of the last 25 years.

After taking your suggestions on our Twitter and Facebook pages over the last week we've short-listed 20 players to face your votes. Which drummer has had the most impact on the drum-world, who has contributed the most to music, who has encouraged more budding drummers to pick up sticks? The decision is up to you!

To cast your vote visit MusicRadar.com and head straight for the poll. Which drummer defines the last quarter of a century? Over to you!