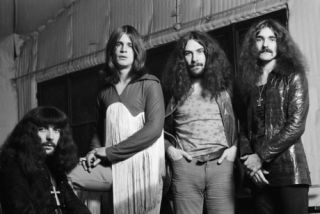 Bill Ward has stated that he will not be part of Black Sabbath's reunion album and tour unless he is given a "signable contract".

In a statement Ward said: "At this time, I would love nothing more than to be able to proceed with the Black Sabbath album and tour. However, I am unable to continue unless a 'signable' contract is drawn up; a contract that reflects some dignity and respect toward me as an original member of the band."

He went on to say: "The place I'm in feels lousy and lonely because as much as I want to play and participate, I also have to stand for something and not sign on. If I sign 'as is,' I stand to lose my rights, dignity and respectability as a rock musician."

The rest of Sabbath have now responded to Ward's comments, check out their statement below, but it doesn't make good reading for Ward and his legion of fans.

"We were saddened to hear yesterday via Facebook that Bill declined publicly to participate in our current Black Sabbath plans...we have no choice but to continue recording without him although our door is always open... We are still in the UK with Tony. Writing and recording the new album and on a roll... See you at Download!!! - Tony, Ozzy and Geezer"