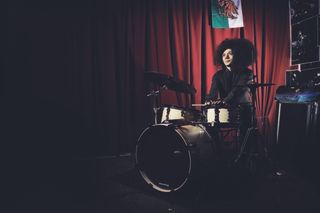 Ridiculously busy and even more ridiculously talented sticksman Seb Rochford has a particularly frantic 2011 ahead. He let us in on what will be keeping him occupied in the coming months.

"I'm playing and producing a lot," Seb told us. "I've got into producing in the last year or two. I've got an album that I've done with Pamelia Kurstin, the theramin player. It's just me and her basically.

"I think there's an album I did with Brett Anderson coming out this year as well. I'm doing some other things as well that I can't really say because they're not confirmed yet but I'm really excited about them. And I'll be playing festivals in the summer.

"I think I'm going to do an album with Andy Shepherd the saxaphone player and a bass player. It's looking like a good year."

Plenty in the pipeline for the jazz maestro, then. So much in fact that he doesn't seem certain which albums are out this year and which aren't! One thing we know for sure is that he will be out on the road with Polar Bear in March.

You can catch them at the following shows: