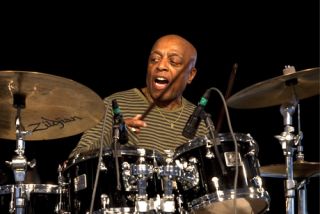 Even as he approaches his 86th birthday it seems you just can't keep Roy Haynes away from the kit. Or the recording studio.

The jazz legend told Spinner.com that he has a new album on the way later this year, and it sees him join up with another bonafide icon.

"To play with the man who played with King Oliver to playing with Chick Corea or Pat Metheny, both of whom I've played with and recorded with. Chick played on a couple of tracks on my latest album, which will be out sometime this summer. I think it's going to be called Royalty."

While we wait for the new album here's some classic Roy to salivate to.