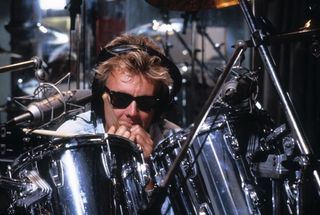 He joins the Academy alongside Patron for Industry, respected music executive Nigel Elderton, and Patron for Education, the esteemed Lord Lingfield.

Roger said: "I am delighted and honoured to be a patron of the Academy of Contemporary Music. Amazing places like this didn't exist when we were learning to be a group.

"I can't imagine the impact it would have had: I guess we would have been a whole lot better. I wish all students at least some of the luck, life and career that I have had!"

Julia Leggett, Executive Director at ACM, added: "Roger embodies everything about ACM, from his passion for performing, to the talent and hard graft on which he has built his astonishing career."

For more on Roger's incredible career pick up the August issue of Rhythm, where you'll find a huge cover interview with the Queen man. For more on ACM head here.