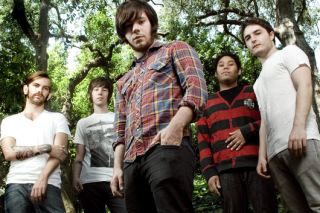 Some of the hottest new acts will be heading through the UK during the next month.

To help you decide which of the many mouth-watering gigs you should get yourself to, we've compiled a handy top five of the shows coming up in the next few weeks.

The Sacramento post-hardcore quintet will be hitting the road with labelmates In Fear and Faith through the end of April and start of May.

Portsmouth will host the first night of the tour on 27 April, before shows in Islington, Birmingham, Leeds and Manchester.

Check out the video below to see just why you must see them.

Give It A Name Introduces

The hottest punk acts will be sweeping through the UK as part of the Give It A Name Introduces tour.

The Swellers, Anarbor, The Dangerous Summer, Rio and The Wild will be wowing audiences from Stoke to London between 26 April and 6 May.

You can get a taste of what you can expect from The Dangerous Summer's set from the clip below.

Fresh from recording what is sure to be a blistering debut album, Young Guns will hit the road in April and May.

Having heard snippets of the band's latest tracks during a recent studio visit, we can confirm these are a band well worth checking out.

OK, so with four albums under their belts these are hardly new guys, but they are criminally underlooked and a must see in May.

Their 15-date tour gets underway in Carlisle on 2 May, culminating in appearances at the Glade and 2000tress festivals in July.

Rivalling Give It A Name Introduces for the month's finest showcase of upcoming talent is the Atticus Black Tour, which this year features Ten Second Epic, Cars On Fire and Blitz Kids.