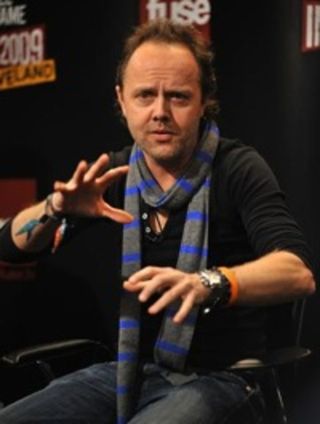 With more big four shows coming this summer and Metallica thought to have new material on the horizon, Lars Ulrich must be pretty much chained to his kit 24/7, right? Er…not quite.

The diminutive Dane has found time in his bulging schedule to take up a role in new US drama Hemingway and Gellhorn. The HBO production sees Lars star alongside Hollywood heavyweights Nicole Kidman and Clive Owen.

Lars, who last year appeared in comedy Get Him To The Greek, plays Dutch filmmaker Joris Ivens in the show. You can take a look at Lars on set, sporting a fetching beret, here. We're not sure if the beret is Lars' usual attire or part of his movie wardrobe. Either way we're hoping this opens the door to a beret and tennis shorts combo at Sonisphere.