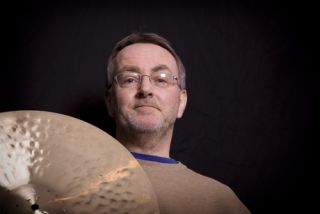 Brit folk master Dave Mattacks is joining up with his old Fairport Convention buddies this summer as part of the band's Cropredy festival.

Mattacks is one of several guests set for an appearance at the festival. Ahead of the show we caught up with Dave to get the lowdown on briefly reuniting with the band.

You have an appearance with Fairport Convention coming up, how did that come about?

"I was contacted by Fairport and asked if I would join them on the Saturday night [11 August] when they top the bill at the Cropredy festival. As it's the 45th anniversary of the band, there are plans to musically re-visit their early catalogue which I played a part in."

What are you expecting from the festival? It sounds like a fantastic weekend of music

"The festival has been gong strong for over 30 years now and has grown in stature tremendously -seemingly more so since I left the band in 1997!

"Attendances are usually 20,000 plus over the three days and [almost] despite that figure, a real sense of 'friends-getting-together' prevails for audiences and musicians alike."

As you mentioned it's Fairport's 45th anniversary, how do you look back on your time with the band?

"Fondly. I learnt a lot and enjoyed myself; time helps dissipate the negative stuff - which happens in every band."

What else do you have coming up?

"I'm pleased to tell you that I'm continuing to record here in new England and beyond. It usually works out around half a dozen or so CDs a year - mainly with very good singer-songwriters. I'm also doing more music production, playing concerts and gigs of all shapes and sizes and doing the odd masterclass/drum clinic. I have several students and also teach occasionally at the Berklee College of Music here in Boston."