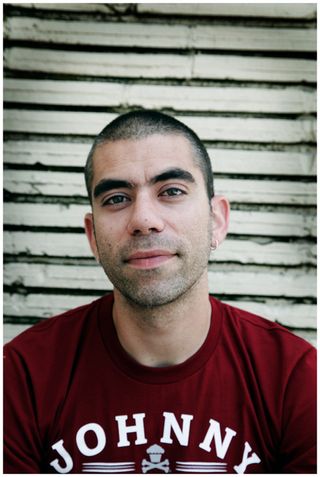 Pop punk heroes New Found Glory are back! The US unit-shifters are at Reading and Leeds festivals this weekend and release Radiosurgery on 4 October. See what Cyrus Bolooki had to say about the pop punkers' latest record inside.

How did you approach recording the new album?

"There were two things really different on this record. A lot of the songs on this record were done with a drum machine. Chad our guitar player writes the majority of the music. We were at home for six weeks and he was like, 'Hey, I have these ideas and a friend of mine has a drum machine. Would it be cool for him to program some stuff?' I told him please do because it would avoid the frustration of hashing out parts in a soundcheck situation where you don't really have time."

How did it progress from there?

"It gave me basic ideas to go on, but the flip side is that some of the drum machine patterns were not realistic [for playing]. The biggest thing was hi-hats and cymbals. There's a lot of non-dynamic hi-hats that I couldn't recreate. To the point that on one track on the record, I believe it's going to be called 'Walk Out The Door', I did a hi-hat overdub. It was the first time I'd done a cymbal overdub. I had to play the pattern without my right hand. It was really cool, but it was weird for me because I wanted to make sure I did it realistic. It was me trying to make myself sound like a drum machine."

There was a change production-wise this time wasn't there?

"Going into tracking we worked with Neil Avron, who did our first three major label records. They were big sellers and going back to work with him was cool because we were comfortable. I was excited to see how he was going to treat the drums and miking the drums because I'm into that stuff. In pre-production he told me he wanted to try chilling out a little on the cymbals. He told me he was going to have room mics pretty far away from the drums, so the harder I hit the cymbals the more they would come into the room mics. If I chilled out on the cymbals, the drums themselves would be a little louder in the room mics and he could compress the room mics more and make the room sound even bigger. At first I thought it would be impossible but he told me he didn't want me to change the way I played but just to be conscious of it. But it really made sense. I think my drum sounds are even bigger on the record and a lot of it is because of this new technique."

What kit were you using?

"We used a Gretsch kit on the record and eight different snare drums, including two Nobel and Cooley Alloy drums and a Tama rosewood."

And with the album done it's back to the road. Looking forward to hitting Reading and Leeds this weekend?

"Always. Playing the festivals is historic. Growing up, even here in the States, you know the names. We've been a part of those festivals a couple of times. You never forget those shows. But a big part of New Found Glory is when we do festivals we always try to do club shows because that's where we started."