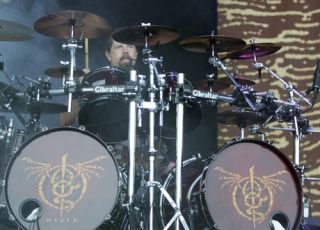 Lamb Of God are preparing to head back into the studio and already have tours pencilled in for 2012, according to Chris Adler.

The modern-day metal master told Gun Shy Assassin that the two-year touring cycle for 2009's Wrath is nearing an end, and the US titans are eyeing February for laying some new material down.

He said: "…we're going to kind of lay low for the holidays, and then I think probably February, get together and start writing the new one which we hope to have done by the end of next year.

"We're already booked for several tours in 2012, so, we've already got the schedule rolling and a little job security, so things are good."