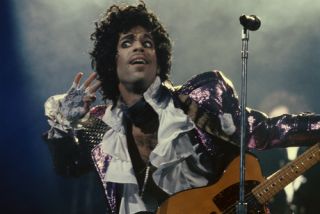 Robert Rivkin, aka Bobby Z, is in critical condition in hospital after suffering a heart attack.

The former Prince drummer was rushed to hospital after a massive heart attack, the Minneapolis Star-Tribune.

His son Adam told the newspaper: "He had three arteries that were blocked, and the doctors on Sunday night were able to take care of two of them.

Bobby occupied the drumstool for Prince from 1978 to 1986. Get well soon Bobby.