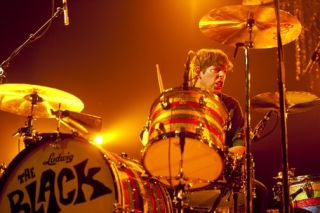 Black Keys drummer Patrick Carney has been at it again. After slagging off Nickelback, Jane's Addiction the potty-mouthed sticksman has turned his attention to Van Halen.

Carney told Rolling Stone: "I just saw Van Halen without Michael Anthony. I'm not a very big Van Halen fan but it was such a f***ing bummer. Like what the f*** is the point? I mean, sure, Eddie Van Halen's son (Wolfgang) is a pretty good bass player and he's a 20-year-old kid and that's cool, but like, what the f*** is that? That's f***ing retarded. If someone is able to be in a band for 30 years and then people are okay with replacing him with a 17-year-old, they're obviously motherf***ing a-holes, right?"

Blimey, still Van Halen got off lighter than Nickelback.