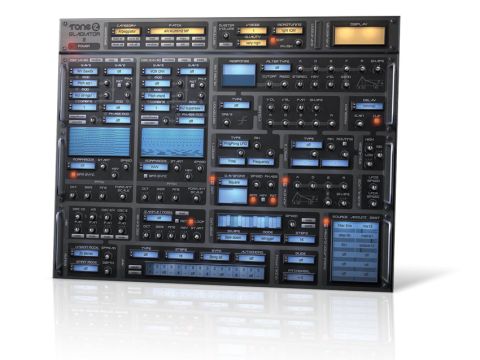 Tone2 has turned its prize-fighter into a world-beater, though some functions are only available with expansions.

Tone2 has struck a near-perfect balance with the v2 update of its popular Gladiator synthesizer. It offers enough fixes and additions to tease open the wallets of hesitant buyers, but retains everything we liked so much about the original.

Gladiator is a cross-platform synthesiser for PC and Mac in both VST and AU formats. It makes use of Tone2's HCM synthesis, which essentially breaks a sound down into a collection of harmonic snapshots called a morphtable. We liked the approach before, and we still do.

At first glance, it would seem that little has changed in Gladiator 2. However, a closer look reveals significant alterations, with more changes and additions hiding among its numerous menus.

Among the most obvious of the new tools is a quartet of pan knobs in the Mix section and a massively overhauled Osc 5 module (the Sample/Noise oscillator) that now offers Semi and Fine tune controls in addition to the original's Octave knob.

Tone2 has added another 25 waveforms to Osc 5 as well, and you can now use it as a sub-oscillator to give your patches some extra grunt.

The old EQ section has been reduced in size (but not functionality), making room for a dedicated Feedback delay module to morph echoes and filter delay effects. Thankfully, the feedback can be tied to incoming MIDI controller messages for real-time control, or modulated by a source selected in the matrix.

A welcome inclusion is the 24dB Moog-style low-pass filter, which sounds excellent and is handy for adding vintage character. Less obvious changes include new Quality modes (Ultra and Linear), increased polyphony (256 voices) and an additional 6657 waveforms.

In addition, you can now toggle between LFOs 1 and 2 with one button. Ditto for a pair of new Aux Envelopes. There are half a dozen new Unison modes and new effects, including phaser, flanger and reverb. In fact, there are many more tweaks and enhancements than we can't possibly go into.

Annoyingly, though, some of Gladiator 2's so-called new features are more tantalising than they are tweakable. Peppered throughout the interface are buttons that promise sonic delights such as vocoder effects, resynthesis and the ability to load waveforms into Osc 5.

However, clicking these brings up an explanation about said function - it's only available as part of an expansion pack. We feel that's a bit much for an instrument that's already been paid for.

That said, Tone2 has certainly pulled out all of the stops for this update. It's improved the presets, the synthesis engine and the sound quality. The glitches that occurred when changing presets in version 1 have been significantly reduced, though not removed entirely.

Gladiator was already a winner, but v2 simply exudes quality. And, considering the depth of malleability, it's remarkably easy to program. If you're looking for rich, evocative sounds, it's well worth €149, and owners of Gladiator 1 would be nuts not to upgrade for €69.