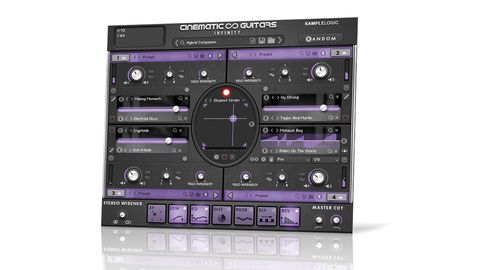 CG3 seems to use a modified version of the engine that debuted in Arpology, while Infinity uses an upgraded Xosphere engine, featuring Arpology/CG3's Step Animator and a new X/Y morph pad.

Quite a collection, then, with four very different interfaces and enough guitar-based sounds (from recognisable to processed beyond recognition, taking in pads, 'synths', FX, percussion sounds and more) to sink a battleship.

All four libraries are great, but Infinity is the headline act, in large part thanks to that amazing sound-melding octopus of an engine.

As is so often the case with Sample Logic, however, the price for the full package is a little tough to swallow, although the crossgrades from CG1 and 2 are slightly less eye-watering, at $480 if you own one or $360 if you've already got both.