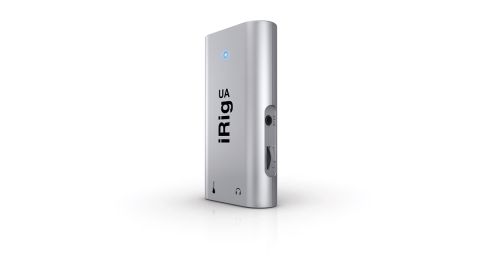 A welcome Android offering, but it lags behind its iOS counterpart.

The unit itself is at least twice the size of the HD-A and made entirely of plastic. While portable, once cables are plugged in, there isn't enough weight to stop the interface from wandering about.

The iRig UA comes coupled with AmpliTube UA for free, which only features a few effects and amps, with more available as paid content.

This version also looks to have been ported from an older iOS edition of AmpliTube and doesn't sound as good as its current Apple-based counterpart, which is a shame.

If you absolutely have to have zero latency guitar modelling on Android right now then iRig UA is for you, as there isn't another universal solution available. What we hope is that more products are developed on the Android platform, offering more choice for users. It's still early days though.