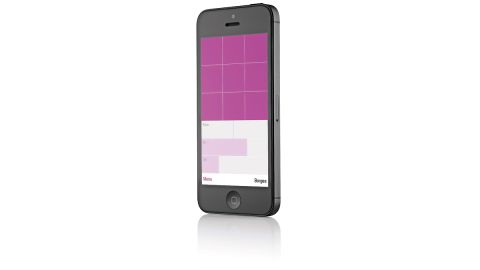 A neat little iOS sampler that's well worth checking out, especially as it won't cost you a bean.

In stark contrast to the current wave of feature stuffed instruments on the App Store, Icaro is an iOS sampler built around a defiantly minimal, simplistic ethos.

Each sample pack features nine sounds spread out across a 3x3 grid, accompanied by global Pitch, Air and Dirt effects. There's no sample editing, user sample import, sequencing or recording. Pretty much all you can do with Icaro is tweak the sounds to taste and bash out a quick recording via the device's headphone jack.

However, it's easy to fall for Icaro. For one thing, the sample packs are pleasingly esoteric (distorted pianos, roughed-up drum machines, sampled typewriters) and all sound great, and Tasmanian developer Frederick Showell is adding a new selection to the app each week.

The interface looks great too, and the basic effects sound lovely. Audiobus or IAA support would be a useful addition, but either way this is a surprisingly inspiring little freebie.