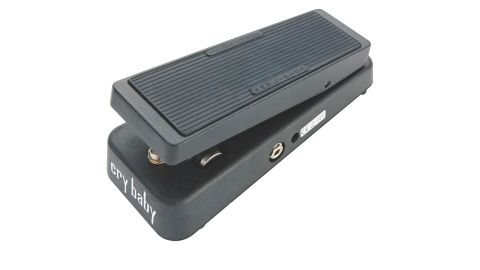 This pedal sets the bar if you're looking for that vintage experience.

The Cry Baby is probably the most recognised name in wah pedals and this incarnation is a tribute to the much sought-after Vox Clyde McCoy.

The Clyde McCoy was the first commercially available wah, named after a trumpet player, and it had a particularly throaty sound.

Featuring vintage input impedance and a redesigned (less microphonic) version of the celebrated Halo inductor, the pedal feels and sounds superb. In use, it sounds extremely vocal in the midrange and has a very natural top end.

Benchmark tone and operation. If you're looking for traditional vintage tone, look no further.