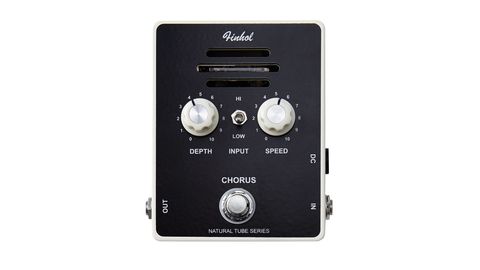 A strong performer that sticks to what it does best.

For both acoustic and electric players, the Natural Tube Series Chorus is another example of great engineering, containing an ECC82 valve that glows red from beneath its grille.

Controls include an input sensitivity toggle and dials to control the depth and speed of the effect.

Overall, it's a warm and simple chorus that - like much of the Finhol range - excels in its transparency, rather than trying to attempt the less usable, ethereal sounds of modulation pushed into the extremes.