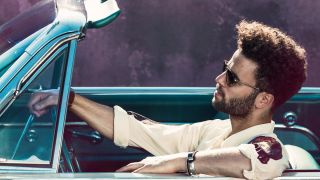 Musician, songwriter and producer Youngr kicked off 2018 by releasing a collection of songs called This is Not An Album. Rather than being a self-contained, cohesive project, this brought together the previous year’s worth of material, plus some songs from back in the day (hence the knowing title).

Since then, he’s released Remember, a canny reworking of Michael McDonald’s I Keep Forgettin (Every Time You’re Near), and has now racked up more than 40 million streams and 30 million video views.

With his star very much in the ascendency, we asked Youngr to tell us what he’s learned on his musical journey so far.

1. Be careful of what you listen to

“I've found I've got to be real careful about what I listen to on the way to the studio. If I'm in the car listening to radio, or on the tube listening to a Spotify playlist, if the wrong thing comes on it can totally bum me out. Every little sound you hear on the way to your creative cave will determine what you do that day. Consciously or subconsciously. Sometimes I like to just wind down the windows of the car or not wear my headphones and just listen to the sounds of the universe and pick up on random words from passers by. Or the notes and rhythms of car horns. It's fun.”

2. Play as many live instruments as you can

“I used to use tons of samples and VST synths, but I have started to use some nice old analogue synths and use live drum kits and guitars and it just starts your track off in such an organic way. Then, of course, at the end stages you can start to finesse and beef up your kick drum etc. But I always love starting with a loop that is loose and real, as opposed to quantised and stagnant.”

3. Don't send a demo off until you've rested your ears!

“Nine times out of ten, that first demo you send off will leave the most lasting impression, and actually might be the arrangement you end up using, probably through a severe case of ‘demo-itis’ with labels and management. So, make sure you're real happy with it. Don't send it till you've rested your ears, taken a day or two away from it, listened in the car, played it at home, played it the car, etc. Then when you think you're ready, hit that send button!”

Try not to play it to too many friends/boyfriends/girlfriends/mothers/fathers/cats/dogs because it will subconsciously affect your decision of whether you like it or not! Try to remember the initial feeling you had when you wrote it, or when you first listened to the mixdown the next day; all of their thoughts and opinions will start creeping into your decisions and, as much as we love and respect all these people, the only opinion that truly matters is your own.”

5. Don't fuck with the flow of the session

“I've found that, in sessions, if the song/vibe is going down a road you hadn't imagined that morning, don't try and meander it back to your vision; roll with the flow. The energy of multiple creative minds in one room is a magical and precious thing, and when inspiration comes, jump on board and let it take you wherever it wants to take you. If at the end of the session it's a song that doesn't quite work at the moment, fuck it! There's always tomorrow. And, you never know when that song will come into play. Songs last forever.”