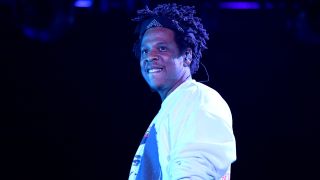 (Image credit: Craig Barritt/Getty Images for Something in the Water)

Best of 2019: When I think of a sample, I think of how effectively Kanye West uses Ray Charles (and Jamie Foxx) for his 2005 banger, Gold Digger. Or Fatboy Slim’s repurposing of Camille Yarbrough’s vocals for the dancefloor classic Praise You. But I had never considered what actually has to happen for these pieces of art to materialise.

For a lot of musicians - especially those who work in the soul/RnB genres - the idea of being “sampled by Jay-Z” is something of a pipedream. It is the kind of thing you might think would lead to fame, wealth and kudos, since those are the qualities associated with such hip-hop royalty. My friend Shawn Lee jokingly alludes to this in the intro to his 2018 Soul Surfers album, opening it with the line: “Jay Z! Sample this!”

Ultimately though, for many, the process remains shrouded in mystery. In my case, this changed in March 2017, when Jay Brown (CEO of Roc Nation) called me up, personally, to ask if Jay-Z could sample one of my band's songs for an upcoming release. The result, 4:44, was the title track of the album, and something Hova has since described as “one of the best songs [he’s] ever written”.

Hannah Williams and the Affirmations are a Bristol-based soul band. We were formed in 2014 from the ashes of Hannah’s previous band, The Tastemakers, and are signed to Milan-based label, Record Kicks. We are very much a group of friends who play music together, as well as musicians who play professionally outside of this project.

In 2015, we recorded our debut album, Late Nights and Heartbreak. We worked with supreme groovesmith, Malcolm Catto, known for his work with DJ Shadow, Mulatu Astatke and Orlando Julius. Most songs were written by our MD James Graham, with a couple of exceptions - one of which went on to be the title track, Late Nights and Heartbreak. This was written by a friend of James’s, Kanan Keeney.

The album was finally released in November 2016, and, to our immense relief, was met with acclaim from reviewers and peers alike. This allowed us to expand on the small-but-dedicated fanbase Hannah had accumulated with her previous band. I was the main point of contact for the band during this time as we had no management, and I was keen to help drive the project forward.

By the time 2017 rolled around, we were in the midst of a nicely-building tour and seemed to be going from strength to strength with each gig. The pace felt very natural.

On 1 March, we travelled to Paris for a show. After a wonderful night, we drove back to Bristol with some haste, as the bass player and I had a jazz gig in a local pub that we had to make it back for. I finished the pub gig and arrived home just after midnight. Upon checking my phone I saw that I had received an email from Roc Nation [Jay-Z’s record company], requesting my mobile number for a chat. Without thinking much of it, I replied and went to bed.

The next day I received a phone call from an LA number. Jay Brown very politely introduced himself and explained that they were working on an upcoming Jay-Z album and would like to use a sample of our song, Late Nights and Heartbreak. I said this sounded good and that I would put him in touch with our lawyers and label.

I was never told exactly how Jay-Z and producer NO ID stumbled across our little indie release, but as far as I’m aware they were crate digging. The story goes that NO ID had been trying to coerce Jay into writing something that would be a response to Beyonce’s Lemonade, in which she opened up publicly about his infidelities.

NO ID then found our song and made the beat, sent it to Jay and let him ponder it. Jay then woke up at 4:44am with the lyrics written in his head and went straight into the studio to record it. See this NY Times Article for info.

If there was one point of advice to any budding musicians reading this, who might get sampled, it would be: make sure you get a lawyer. This sounds obvious but it is vital. Artist, label and songwriter should all have their own representative.

Of course, we were all eager to hear the song, but as a negotiation tactic, Rocnation would only acquiesce to play it through the phone, to the legal representatives. Upon hearing it, our label boss and the lawyers were in a position to negotiate a deal that reflected the heavy usage of our song.

What generally happens is that the lawyers on all sides will butt heads, mediated by a clearance/licensing company, until a deal is reached. This process can take some time. In our case, this process took around three months.

As the summer began to creep in, the negotiations started taking shape. Excitement was growing, but we still hadn’t been able to hear the song. There had been mysterious 4:44 billboards sprouting up in major cities all over the world, and we weren’t allowed to say anything. Eventually, a deal was reached and 30 June was publicly announced as the release date.

We were excited by the prospect of it being a “huge sample” - as our label boss put it - but at this point we still hadn’t heard, or even been told the name of the song. A few days before the release, we got the final documents through, and it became apparent that it was the title track.

With excitement at fever pitch, we arrived at release day. In order to listen to the track we actually had to download and install Tidal, just like everyone else. I also distinctly remember watching a YouTube Video of two excited Jay-Z fans streaming the whole album and reacting to each track.

Upon hearing the track for the first time, I was shocked at how faithful it was to our original song. It had retained the vintage analogue feel, the structure, and all of the band’s parts. To me, it has this punk attitude of “keep the feel, put a backbeat behind it and let’s go!” Not to mention the lyrical content: Jay appeared to be openly admitting to cheating on Beyonce and repenting! It was a surreal situation.

Across the world, the reaction to the track was overwhelmingly positive. For many it was the standout track of the album because of the subject matter: one half of the world’s most famous power couple, apologising to the other. It was played absolutely everywhere.

This massive exposure led to an enormous boom in popularity for the band. The first thing that happened was press. We were featured by NYTimes, Rolling Stone, Billboard, Complex, Genius and many others. With all this press on our side, suddenly this little Bristol band had managers and booking agents asking to work with us.

This was interesting. Some of the people that approach you in these types of situations are clearly just after the money and some slice of the publishing. I found it very easy to weed them out from those genuinely interested in the future of the project.

As we all know, the music industry has its fair share of snakes. As a general rule: if someone gets into name-dropping very early on, it’s quite likely they are a dishonest person. Don’t be afraid to ask someone what they are looking to gain from a business relationship with you. Anyone who has experience will expect this question, and it shows foresight on your part to get these things settled from the off.

Eventually we settled on a good team and begun the next phase: a new tour. Making sure to capitalise on our new-found success, we played many bucket list shows and begun building roots in new territories. 2018/19 saw us play many exciting shows, but personal highlights for me were The Blue Note Tokyo, Montreal Jazz Festival, Central Park Summerstage and North Sea Jazz.

The most important thing for me was to visualise this sample as a springboard; the beginning of a journey. It is very easy to get comfortable when things are going well, but just as soon as the hype has begun, it has died down.

For a small Bristol band like us, being sampled by one of the biggest rap artists in the world threw us into the spotlight overnight. It meant we had to up our game in all respects. It meant hard work. We wrote, we played, we fought, we collaborated and we definitely cried. But we are now a stronger unit than ever before. We came back from a two-year tour with a new arsenal of contacts and a much larger profile at our disposal. So, of course, we headed into the studio.

50 Foot Woman was recorded with Shawn Lee, at ATA Studios in February, and will be released October 18th. You can preorder the album and hear the first single here.